The first part of this year’s expedition Xibalba 2016 was focused on the continuation of work in the so called “Slovakian” cenotes, which are 3 km as the crow flies away from the Koox Baal system.

The first explorations took place in 2014. In those days, cave-divers had to carry all their equipment for an endless 5 km to the cenote. With Bil Phillip’s help, we managed to contact the land owner in the explored area and as early as 2015 were able to reach the site by car. In light of the fact that we had already discovered all of the cenotes near the unpaved road, nothing was left but to again load all our heavy tanks on our backs and begin exploring cenotes which were up to 500 m away, bee-line, from our car.

We focused on three entries underground: Look Hol, Nah Baak and newly discovered Mariposa. In nine days six divers managed to extend the already known area by 5 kilometres of new tunnels. The dry section of the expedition worked hard to seeking out new locations in the jungle. The final score was the discovery of six new, previously unexplored cenotes and the mapping of ca. 200 metres of dry parts. 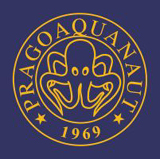